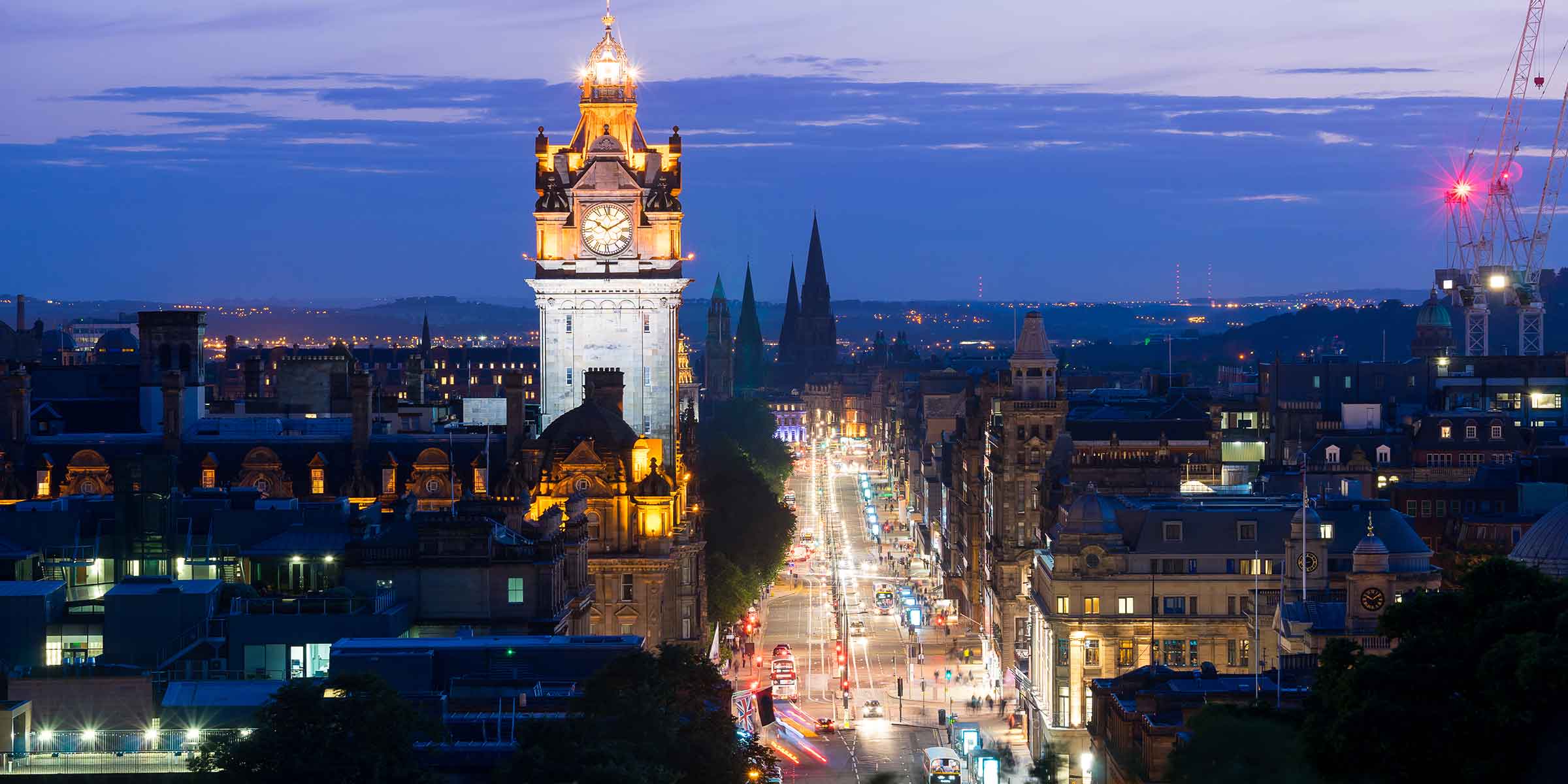 Edinburgh has been dubbed the 'City of Literature'

Edinburgh is the capital city of Scotland. A cosmopolitan and cultured City, it is steeped in history, with much of it designated as a UNESCO World Heritage Site, and it has world famous status for its annual festivals. Its City Centre is considered one of the prettiest in Europe, where old and new merges spectacularly. Its Georgian streets are elegant, with the stunning castle and the Old Town’s medieval spires and turrets, together with its two majestic, yet long-extinct volcanoes, creating a unique backdrop. Edinburgh has a population of just under half a million, and is divided into six unique areas. Edinburgh was home to many famous writers including Sir Walter Scott, Robert Louis Stevenson and Sir Arthur Conan Doyle. 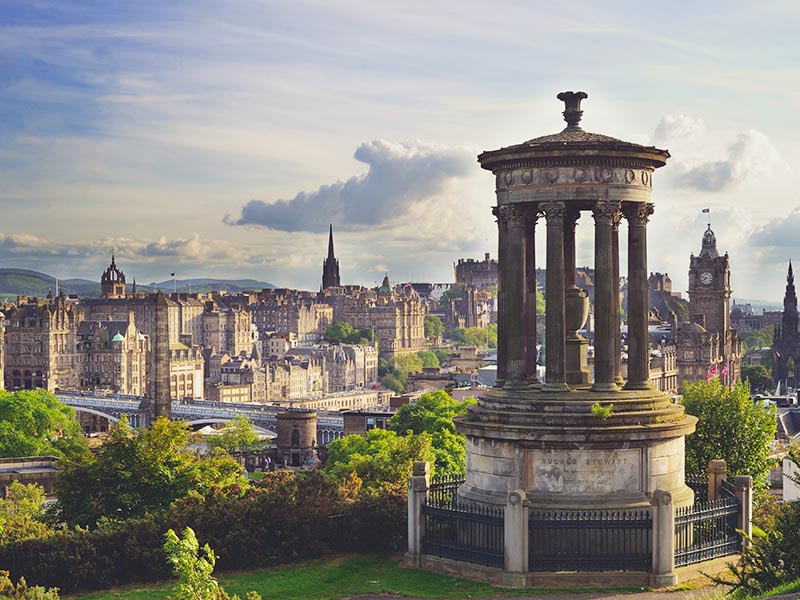 The University of Edinburgh was established in 1583

Edinburgh’s retail sector is not as extensive as Glasgow’s, but it is making up for this with the ongoing development of out-of-town shopping complexes. Within the City, shops housing luxury brands, high street stores and beautiful boutiques cater to all tastes, styles and budgets. Princes Street is the City’s main shopping thoroughfare and has a dramatic view of the castle. The famous Jenners department store, at the east end of Princes Street, has maintained its prominent position since 1838. George Street is a paradise for designer shoppers, with outlets for both Harvey Nicholls and Louis Vuitton located there.

There are many museums to enjoy in Edinburgh, all taking their own slant on its rich history. The National Museum of Scotland, in Chamber Street, boasts no less than 36 galleries and 10,000 artifacts. The Natural World section houses its own resident Tyrannosaurus Rex and the whole museum has interactive exhibits and childrens’ galleries. The National Gallery of Scotland and the Scottish National Gallery of Modern Art have two of the UK’s finest collections of paintings.

Edinburgh Castle provides a great family day out for locals and visitors alike. The castle tells tales of the City’s ancient past, and visitors can explore the dungeons and learn about their horrible histories, as well as examining the crown jewels at close quarters. On a good day, the extinct volcanoes, Arthur’s Seat and Castle Rock make an easy climb, and offer amazing vistas of the City and its environs. Princes Street Gardens and the Royal Botanic Gardens are pretty open spaces to escape the hustle and bustle, and are well kept. For lovers of the natural world, Edinburgh Zoo is one of the best, and proudly houses the UK’s only giant pandas.

There is no doubt that Edinburgh is a great place to do business. It has a good and skilled workforce, reinforced by its many graduates, attracted and retained by good rates of pay and an excellent standard of living. The main sectors in Edinburgh are IT, Financial Services, Education, Retail, Tourism and Science. Edinburgh’s biggest employer is the NHS, with the council and universities following a close second and third. The City is second only to London for its GVA per resident and has a higher rate of employment than the rest of Scotland. Edinburgh is the second-largest financial centre in the United Kingdom after London. The Bank Of Scotland was founded here and now forms part of Lloyds, whose Scottish headquarters are in Edinburgh, alongside RBS. Edinburgh-born insurance companies such as Standard Life and Scottish Widows form a large part of the European insurance sector as well as being major employers in the City.

The technology sector has grown on the expertise within the City’s universities, creating a huge growth in the number of software companies in the City over the last 10 years. As business has grown within Edinburgh, space has become limited, which has led to the growth of out-of-town business parks and districts. These include Edinburgh Park on the western edge of the City which is one of the UK’s largest business parks and has its own rail station.

Historical Edinburgh is one of Europe's premiere tourist destinations where tourism is worth over £1 billion to the local economy. Edinburgh continues to see a steady growth in tourist numbers year on year. The Edinburgh Festival, in particular, brings tourists in their droves. Edinburgh is a major centre of education in the United Kingdom and education and academic research plays a significant role the City’s economy. There are currently around 60,000 students in Edinburgh.

Although Edinburgh is a small city in many ways, there are several areas to choose from, each with its own character and style, and they vary in cost dramatically.

Set on a hill, the Old Town is Edinburgh’s historic capital and is peppered with wynds (narrow lanes), which are excellent fun to explore. In its centre, the Grassmarket area is one of the most pretty and exciting areas of the City with some of its best shopping, restaurants and bars. Scotland’s wild scenery, the Lothians, can be viewed from Holyrood Park, which is dominated by the largest extinct volcano, Arthur’s Seat. The Royal Mile, part of a World Heritage site, is one of the most well-known and most visited streets in the historic heart of Edinburgh. It has museums, restaurants and shops as well as gorgeous views across the City to the Firth of Forth. It joins two royal residences (the Castle and the palace of Holyrood House) and houses parliaments old and new, law courts, a cathedral and churches and a vast range of visitor attractions.

At the heart of West End Village lie bohemian William Street and Stafford Street, with colourful and stylish boutiques as well as a plethora of popular pubs and bars. Most of the City’s students live to the south of the City. Edinburgh is a party city – this is no more apparent than at festival times in August and late December and early January, when it seems that half the world arrives Edinburgh for one enormous party. Visitors flock in their thousands to Edinburgh’s Hogmanay (New Year) Festival, as well as August’s International and Fringe Festivals. During these times the City fills up and accommodation, is in high demand and short supply. As with any capital city, there is a huge range of dining choices, from friendly cafes, to cosy pubs, to fine dining restaurants, catering for all tastes and nationalities. 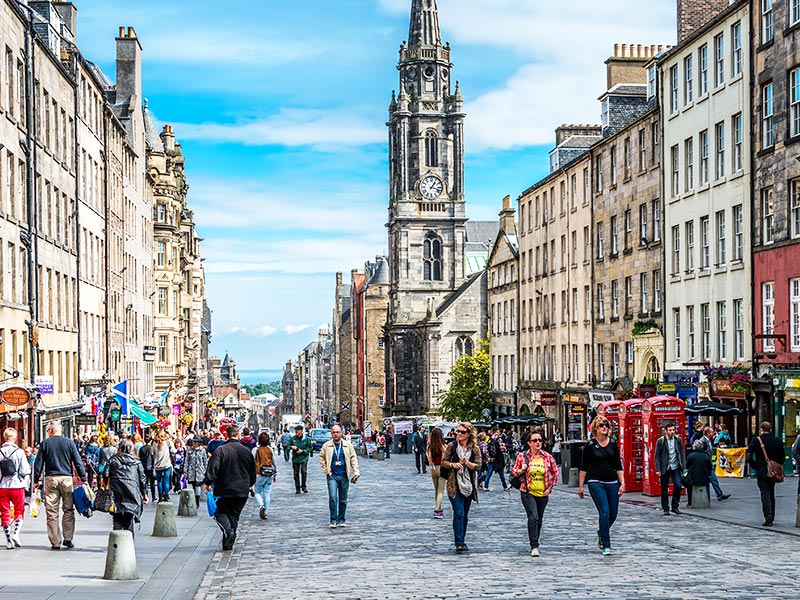 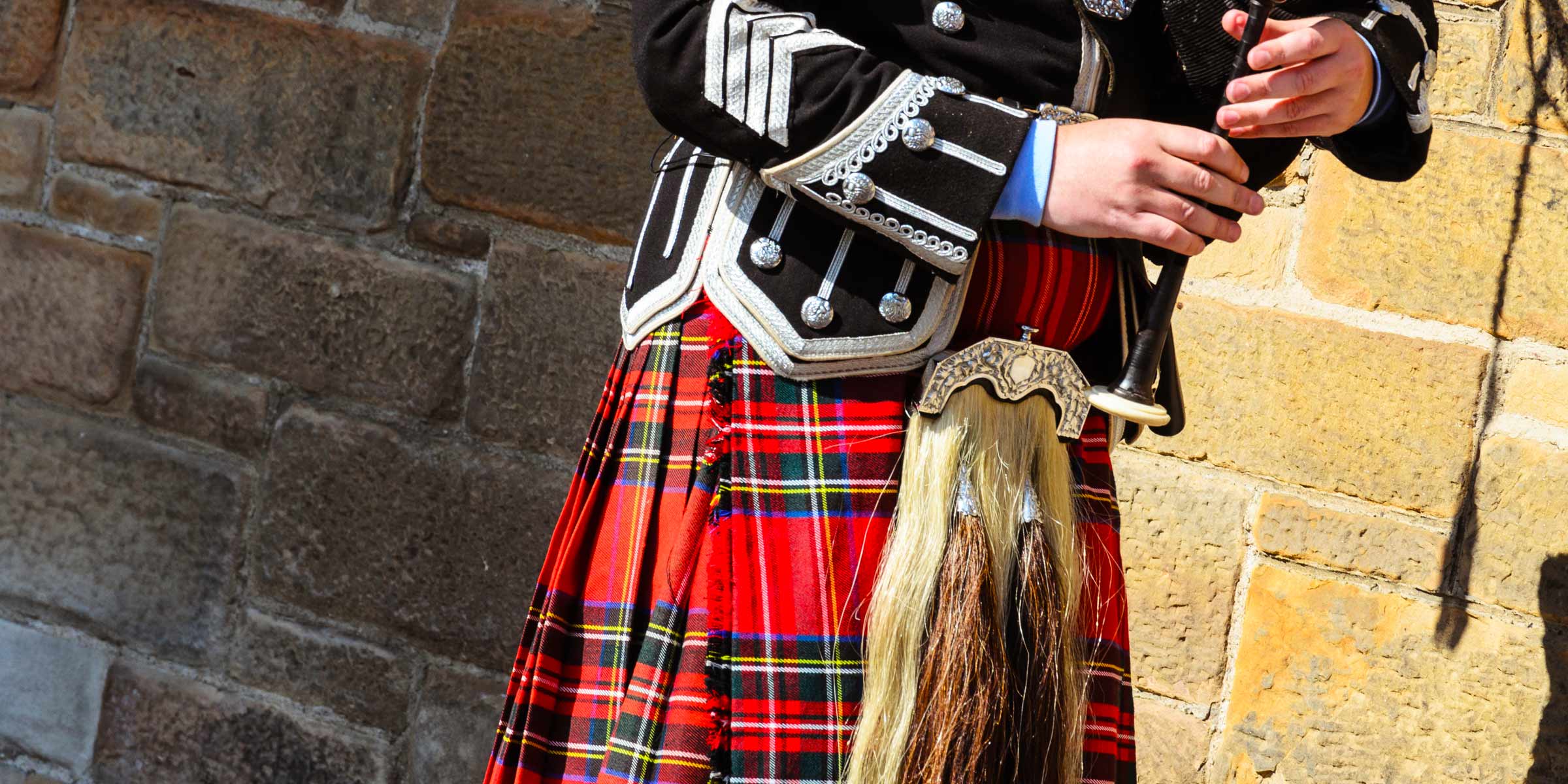 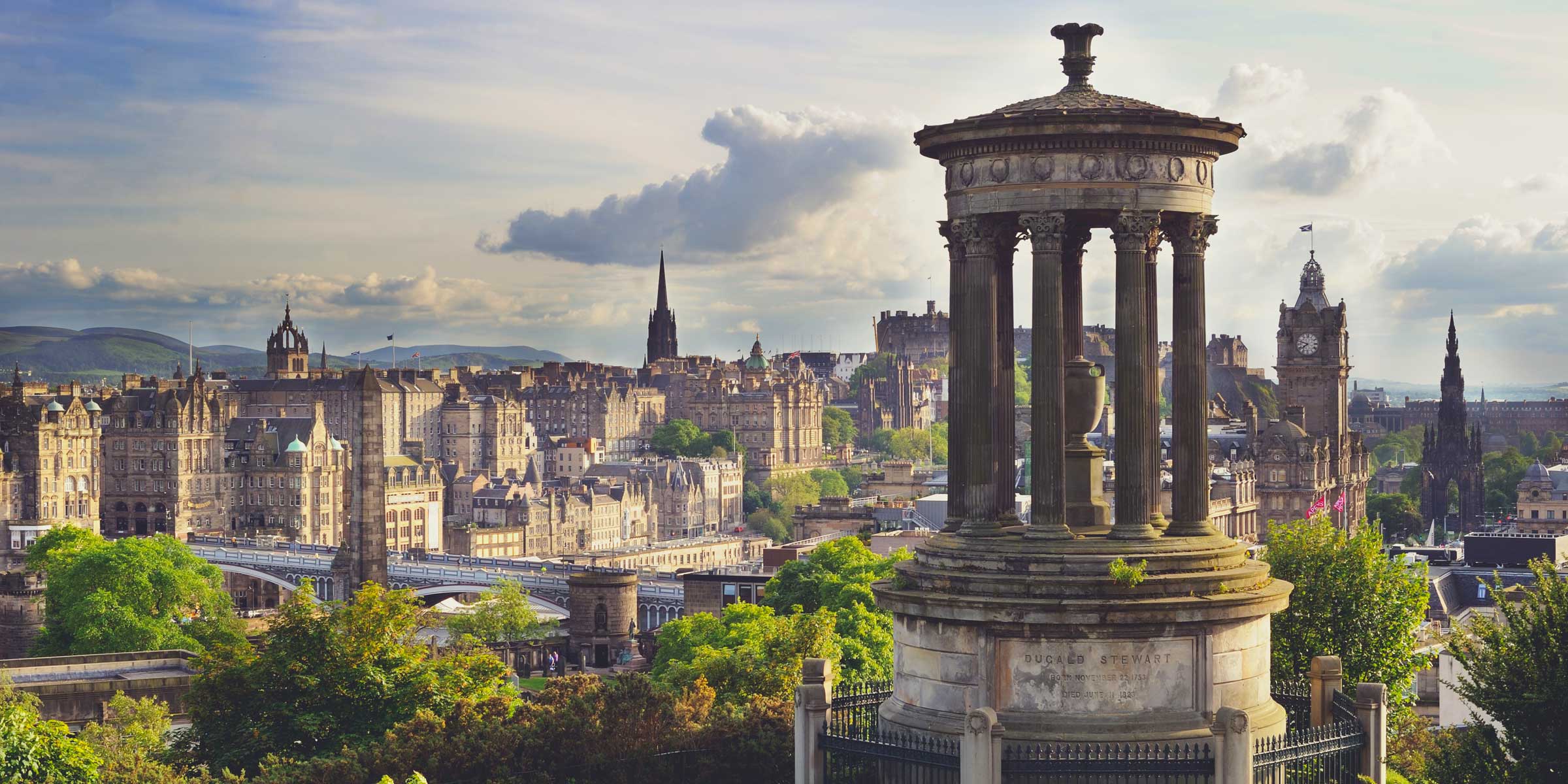 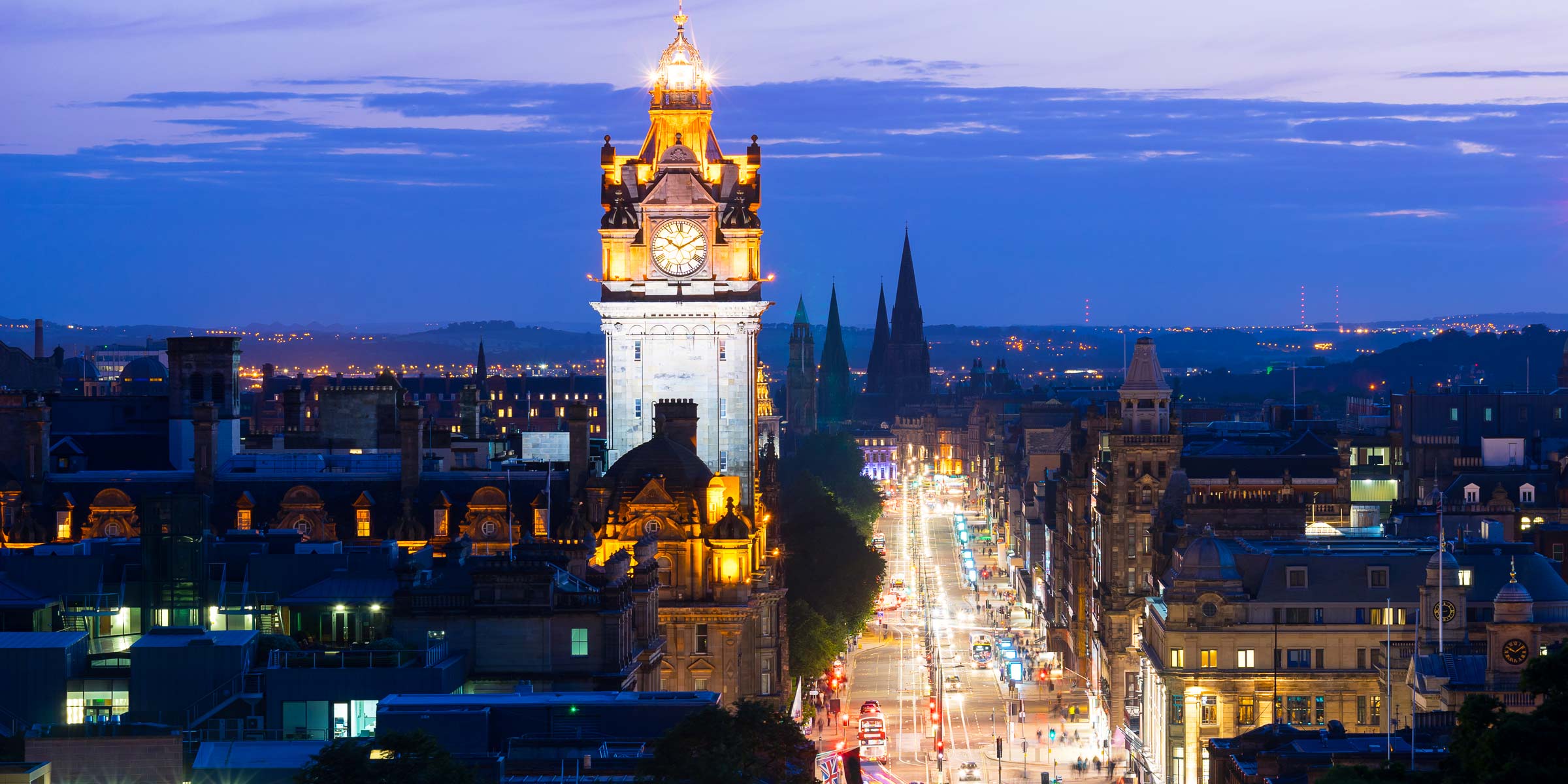 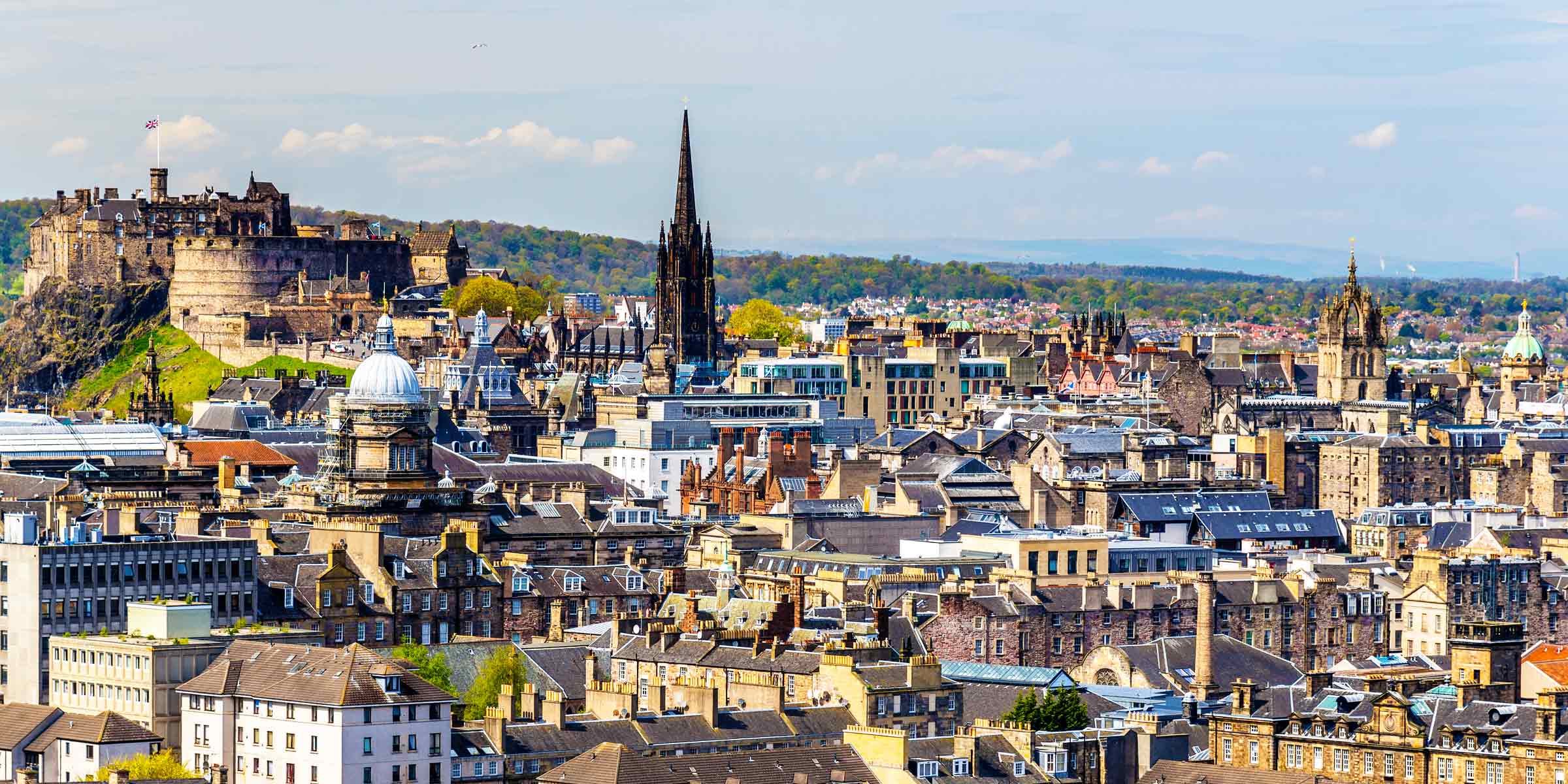 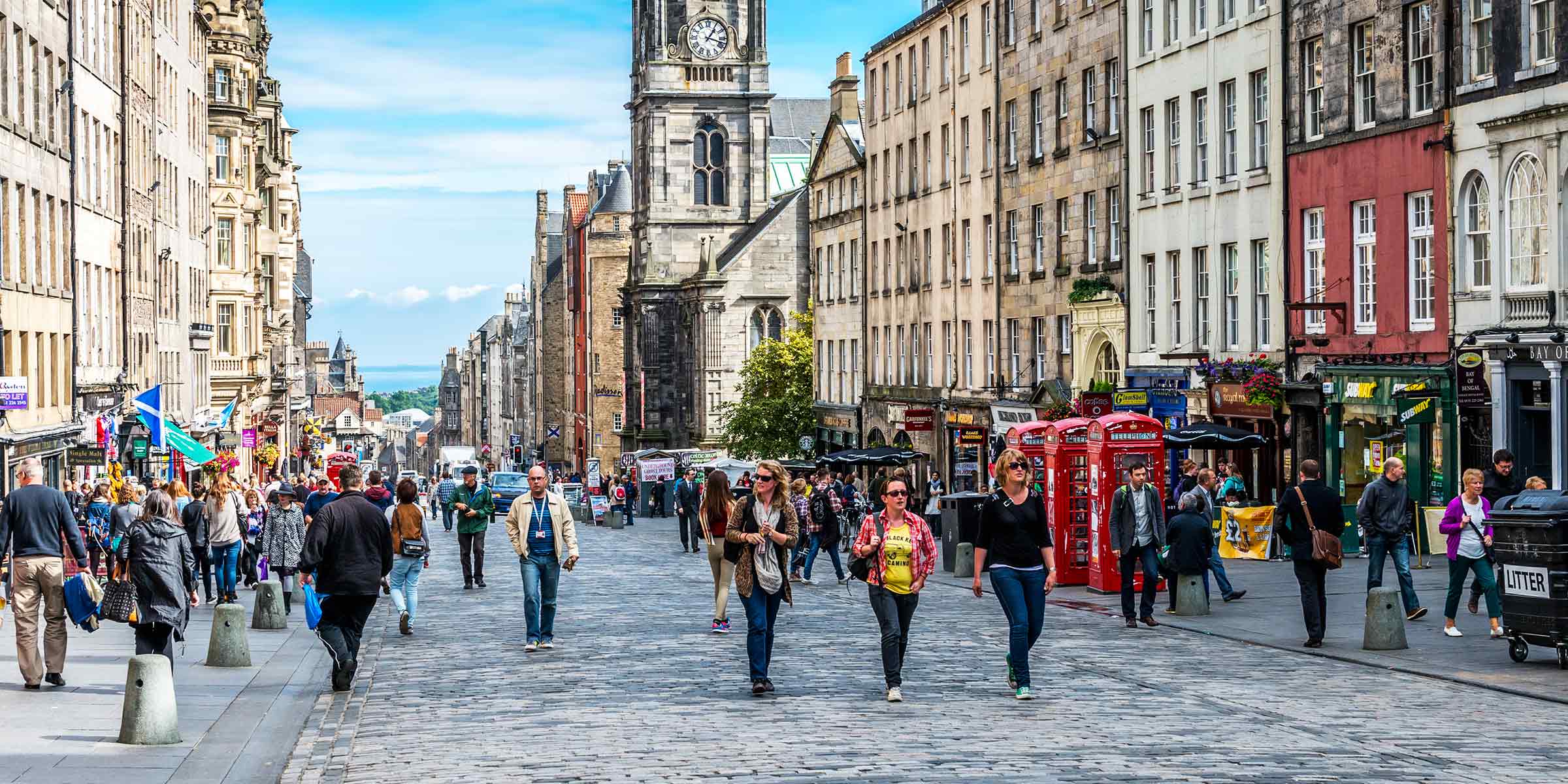 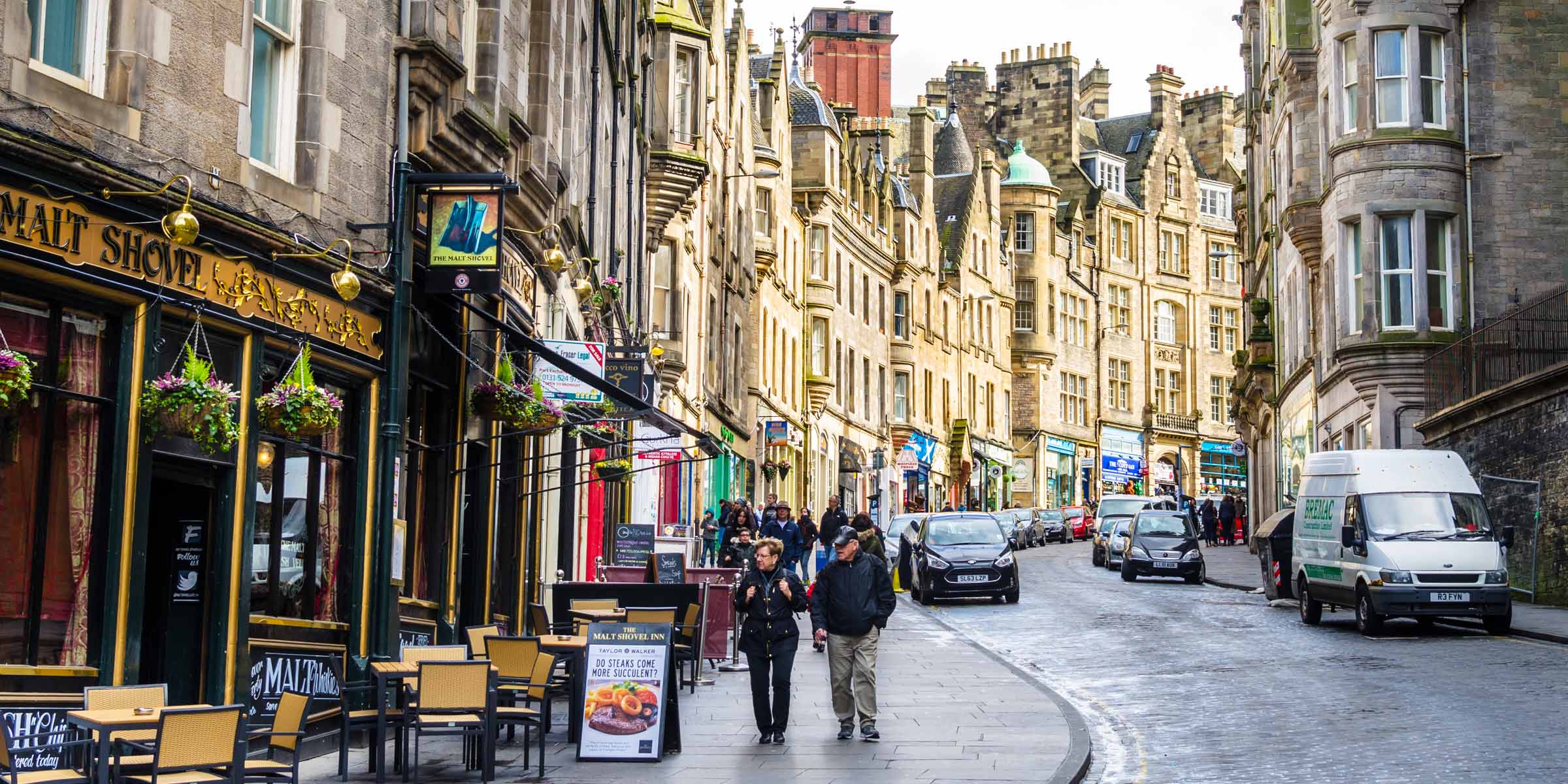 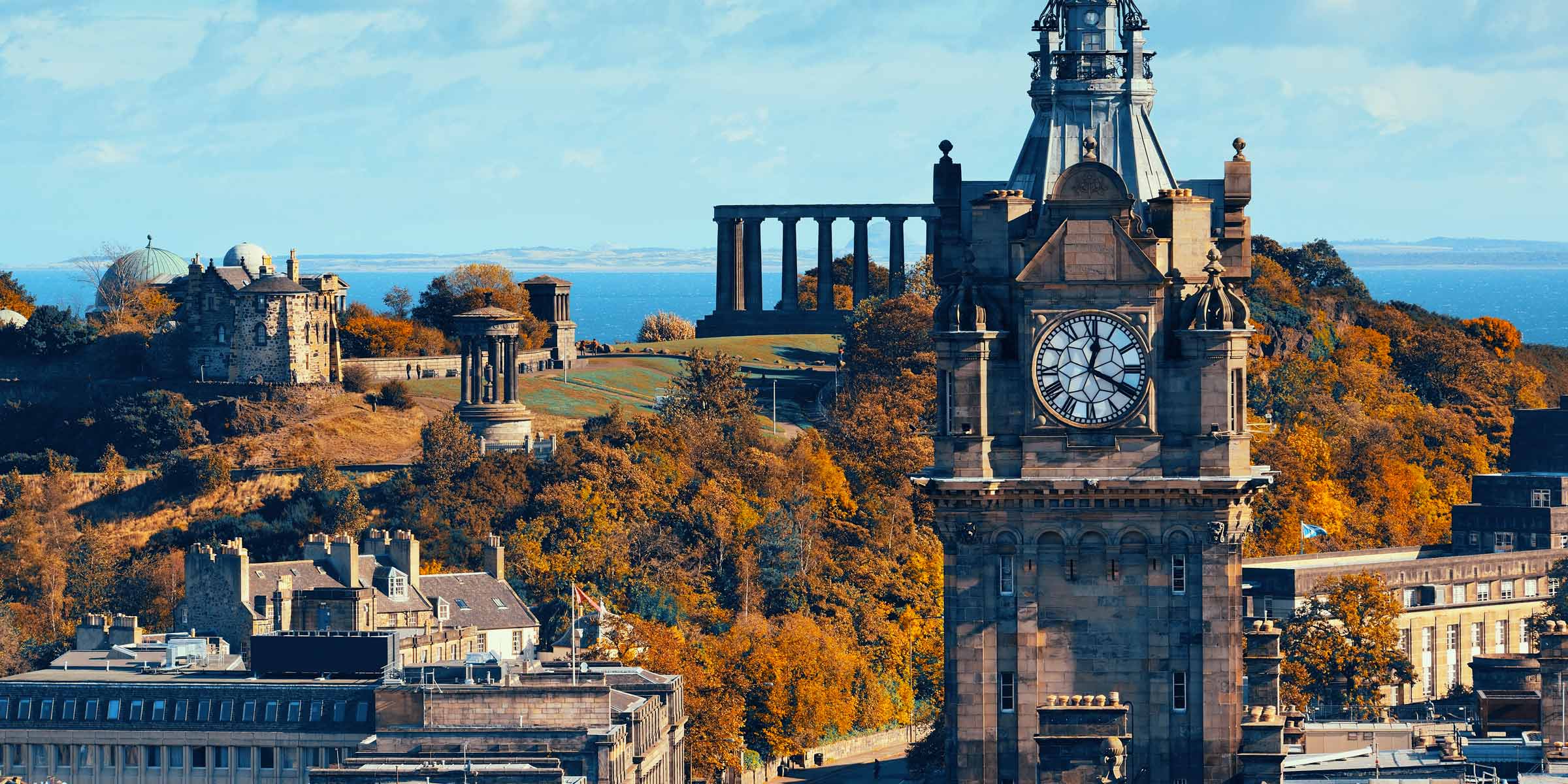 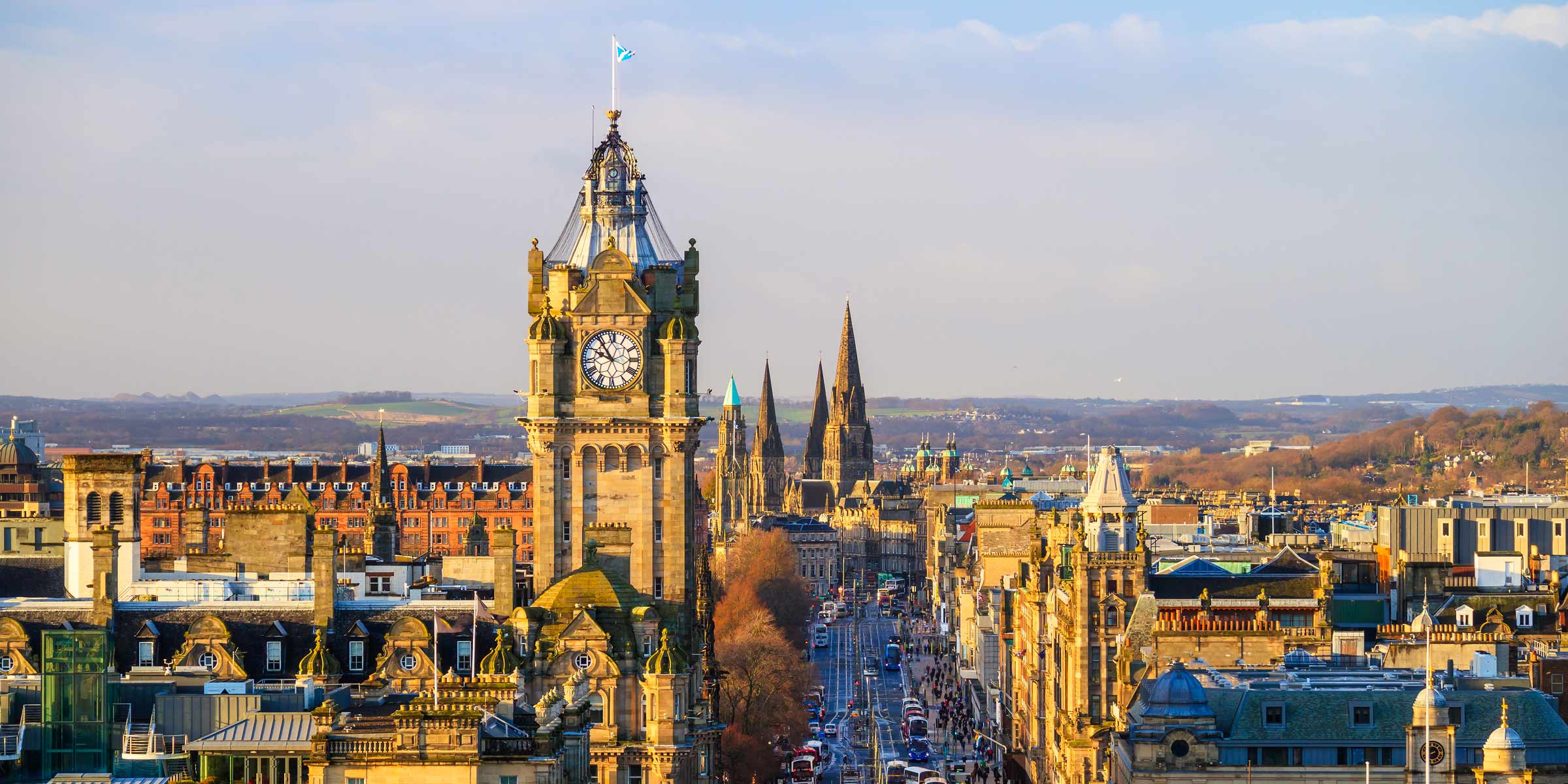 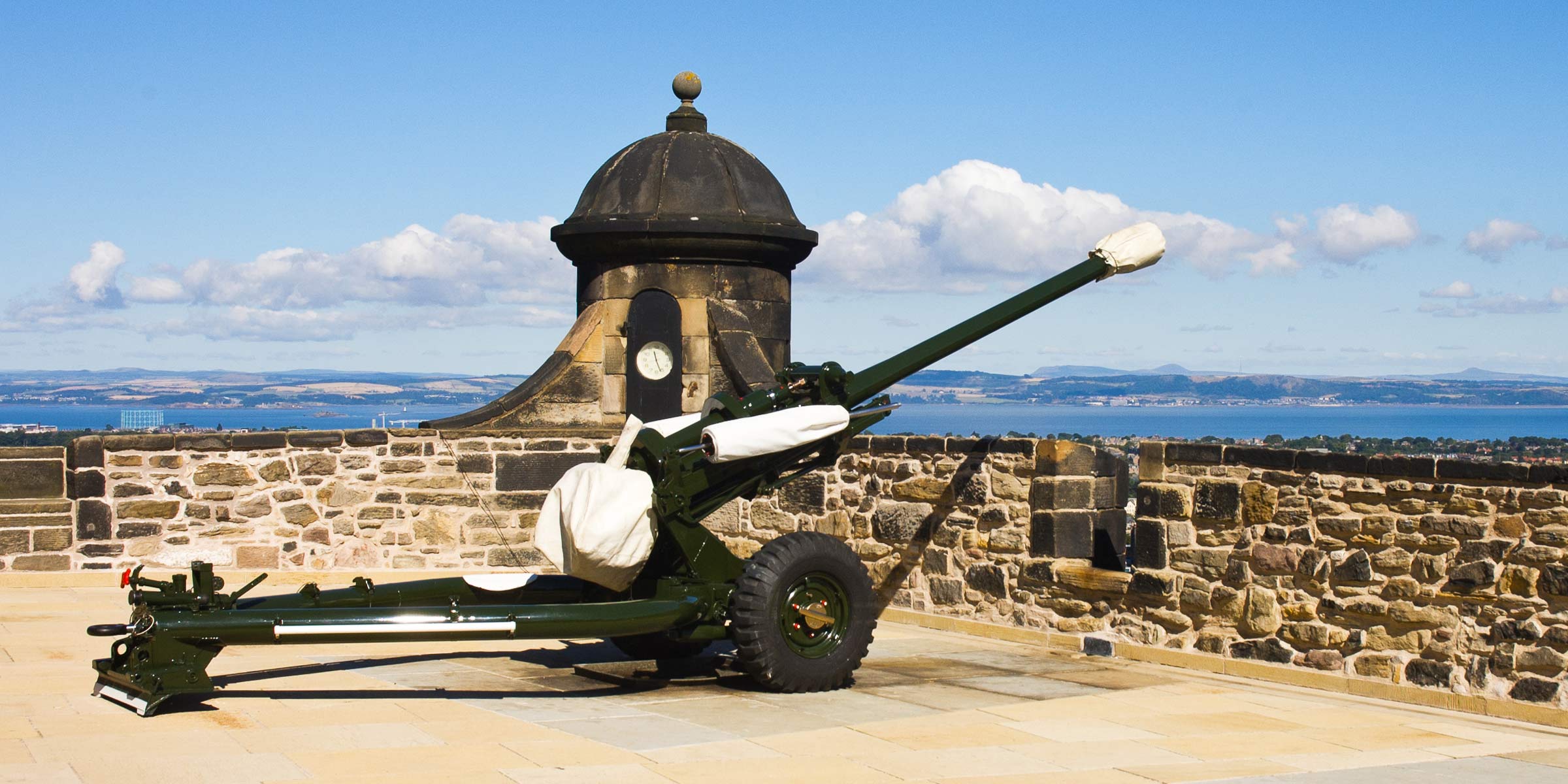 An extensive network of road, rail and flight links makes travel to Edinburgh from the UK, and rest of the world, quick and convenient.

Edinburgh enjoys good access to the Scottish motorway network, allowing quick and easy access by car, bus and coach. Edinburgh is 3 hours from Inverness and just over 2 hours from Aberdeen. Birmingham by car is about 5.5 hours, Manchester and York about 4 hours, and Newcastle 2.5 hours.

Regular train services run to Edinburgh from around the UK - the East Coast line is the fastest railway in the UK and trains from London to Edinburgh take under 5 hours. York, Newcastle, Inverness and Aberdeen are all around 2 hours away while Glasgow is just 50 minutes away on the ScotRail service which runs every 15 minutes. Edinburgh has two main train stations: Edinburgh Waverley and Haymarket.

Bus transportation is the primary means of public transport in Edinburgh, with an extensive bus service serving the City and the surrounding area.

Edinburgh Airport is one of Scotland's busiest airports, with direct and connecting flights to and from more than 100 domestic and worldwide destinations. The airport is located 8 miles away from the centre and there is a range of transport options for travelling to and from it.

Edinburgh provides everything that you would expect from a modern and cosmopolitan capital city. That and some seriously good events, some crazy weather and a serious amount of whisky.