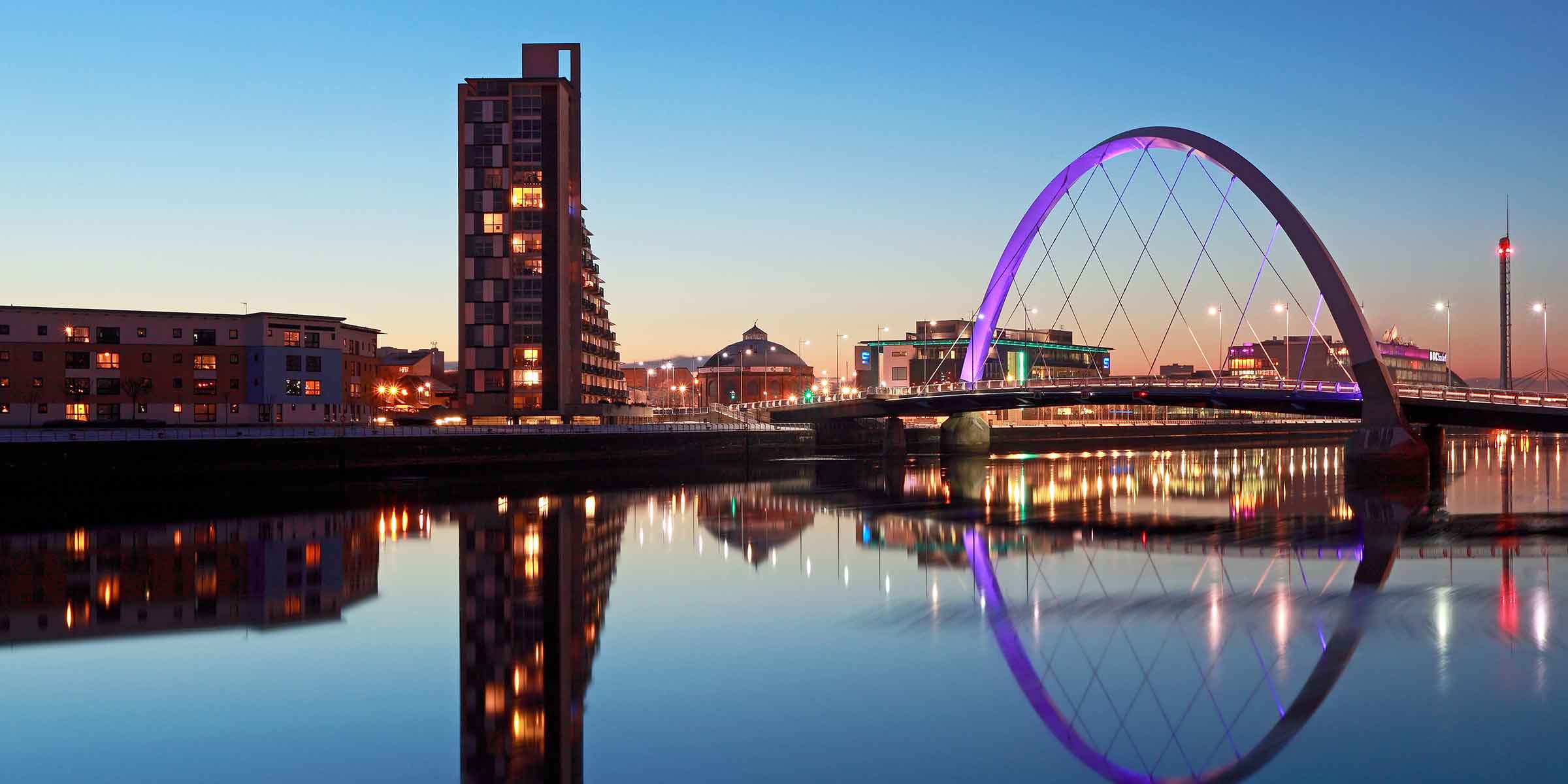 Glasgow has the third largest GDP per capita in the UK

Glasgow is Scotland’s largest city, and the third-largest City in the UK after London and Birmingham. Its industrial past as the main seaport in Britain gave way to a new identity when it became the European City of Culture in 1990. It won the UK City of Architecture and Design in 1999, boasting a mix of sandstone terraces, lovingly-restored warehouses, Victorian wonders and fantastic spires. Glasgow was put firmly onto the world stage when it hosted the 2014 Commonwealth Games. It is a vibrant, cosmopolitan and friendly city, with a fascinating history. The town’s growth and importance started in 1175, with the official charter from William the Lionheart. The University was established 1451, making it the fourth-oldest in the UK.

Glasgow’s location on the River Clyde gave it huge importance as an industrial port. It boomed during Victorian times with chemicals, textiles and engineering, most notably in the shipbuilding and marine engineering industry. A huge influx of people increased the population more than tenfold, many of them housed in the multitude of tenement blocks that still remain. The City is home to one of the oldest rivalries in sport between the Catholic Celtic and the Protestant Rangers football clubs. 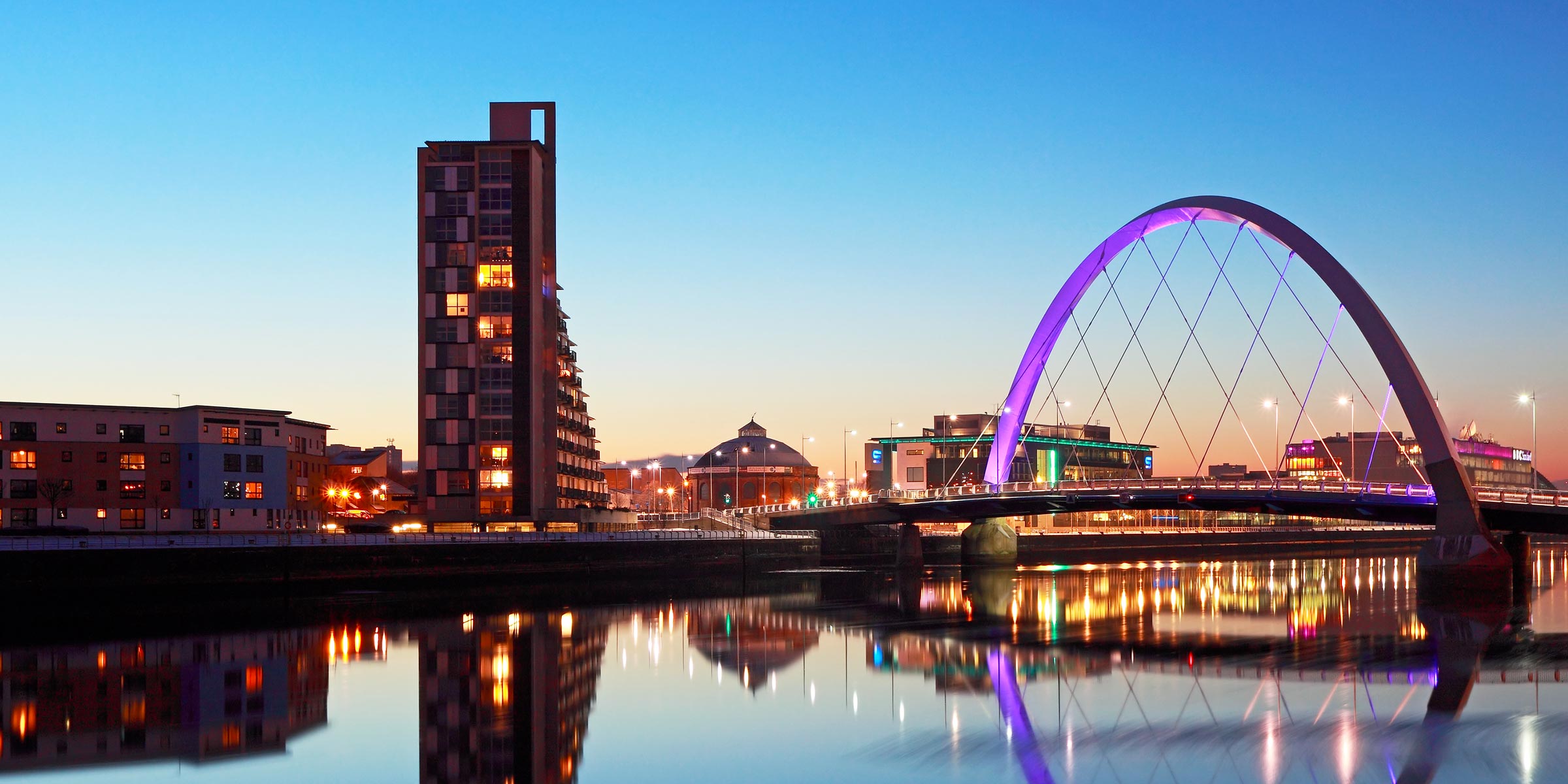 Glasgow is Scotland’s biggest retail centre. Whichever end of the market is of interest, whether inexpensive high fashion, or world-class designer, all sorts of outlets have made their homes amongst Glasgow’s handsome buildings. As a former European Capital of Sport, the sporting facilities in Glasgow are of an excellent quality, extensive and extremely varied. From ice rinks to swimming pools; from world-class arenas to playing fields; from cricket pitches to artificial ski slopes; from rowing clubs to speedway tracks, there is something for every sports enthusiast to get involved in. Glasgow cannot be visited or lived in without noting its allegiance to football. Indeed the first ever international football match was held here. There are three professional football clubs in the City: Celtic, Rangers, and Partick Thistle. Rugby union and rugby league are also played professionally by the Glasgow Warriors (Union) and the Easterhouse Panthers (League) and Glasgow also has Scotland’s only professional basketball team, the Glasgow Rocks. Onto culture, the City houses some of Britain’s best museums and galleries, which are generously financed to ensure they retain this accolade, and nearly all of them are free to enjoy. Local pioneer Charles Rennie Mackintosh’s work and inspiration can be seen all over the City, notably in the Glasgow School of Art.

Glasgow has the third largest GDP per capita in the UK, after London and Edinburgh. Its annual economic growth rate is second only to that of London, making it an excellent choice for business. There are over 12,000 companies calling Glasgow home, and this number is growing constantly. These businesses keep 410,000 people in full-time employment, over half of whom commute into the City from the surrounding area. Glasgow’s financial district, known as the International Financial Services District (IFSD) is also referred to as “Wall Street on Clyde” due to it being one of the UK’s largest financial quarters. Eight out of the UK’s 10 largest insurance companies have a base or head office in Glasgow. Key banks have a large presence, as does the Ministry of Defence, British Telecom, and a multitude of financial services providers.

Glasgow is also a base for most of Scotland's national arts organisations. The traditional Glaswegian industries of shipbuilding, engineering and construction centre around the port, with brewing and distilling, chemicals and textiles, printing and publishing retaining their position throughout the area. More recently, Glasgow has made a name for itself as a hub for knowledge-based and technology-led businesses, notably in optoelectronics, software development and biotechnology. Glasgow is the second most popular destination for foreign tourists in Scotland, and the fifth in the UK. Glasgow University attracts students from all over the world, and provides a steady stream of excellent graduates, many of whom stay on to make the City a permanent home.

The range of accommodation in Glasgow is broad, and varies in price from the very cheap to the highly upmarket, and everything in between. Residents are renowned for their friendly down-to-earth nature. Glasgow’s West End is historically more bohemian, and includes a huge range of accommodation, eateries and drinking spots. Many cafes and restaurants offer vegetarian fayre, indeed in 2013, PETA voted Glasgow the UK’s most vegan-friendly city. Glasgow offers its residents a huge range of places to eat and drink, a thriving theatre musical and club scene, fabulous museums, wonderful theatres, regular and varied festivals, and excellent shopping and recreational facilities. It provides a unique mix of grime and glamour, giving it new nuances of character at every turn. 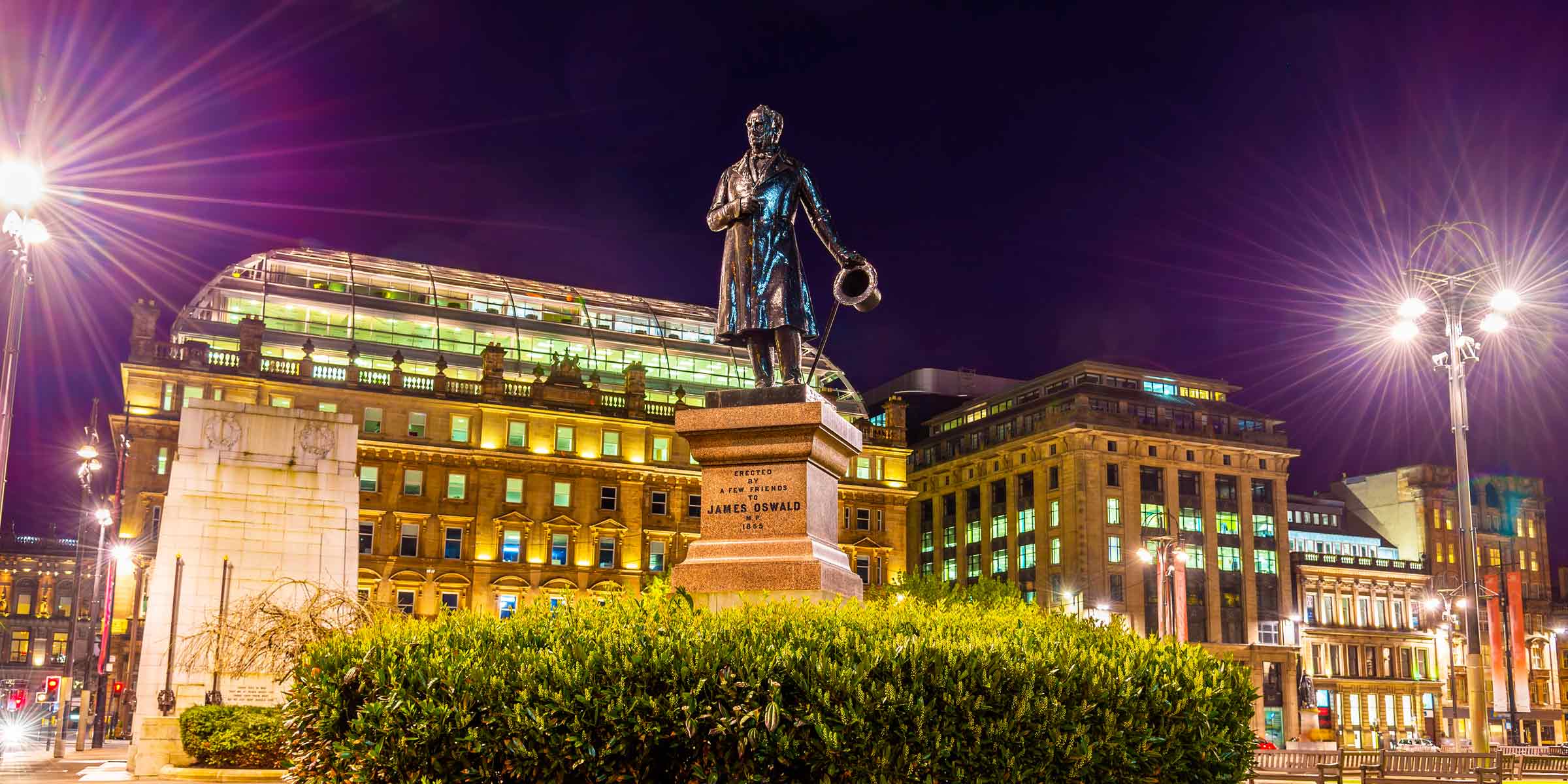 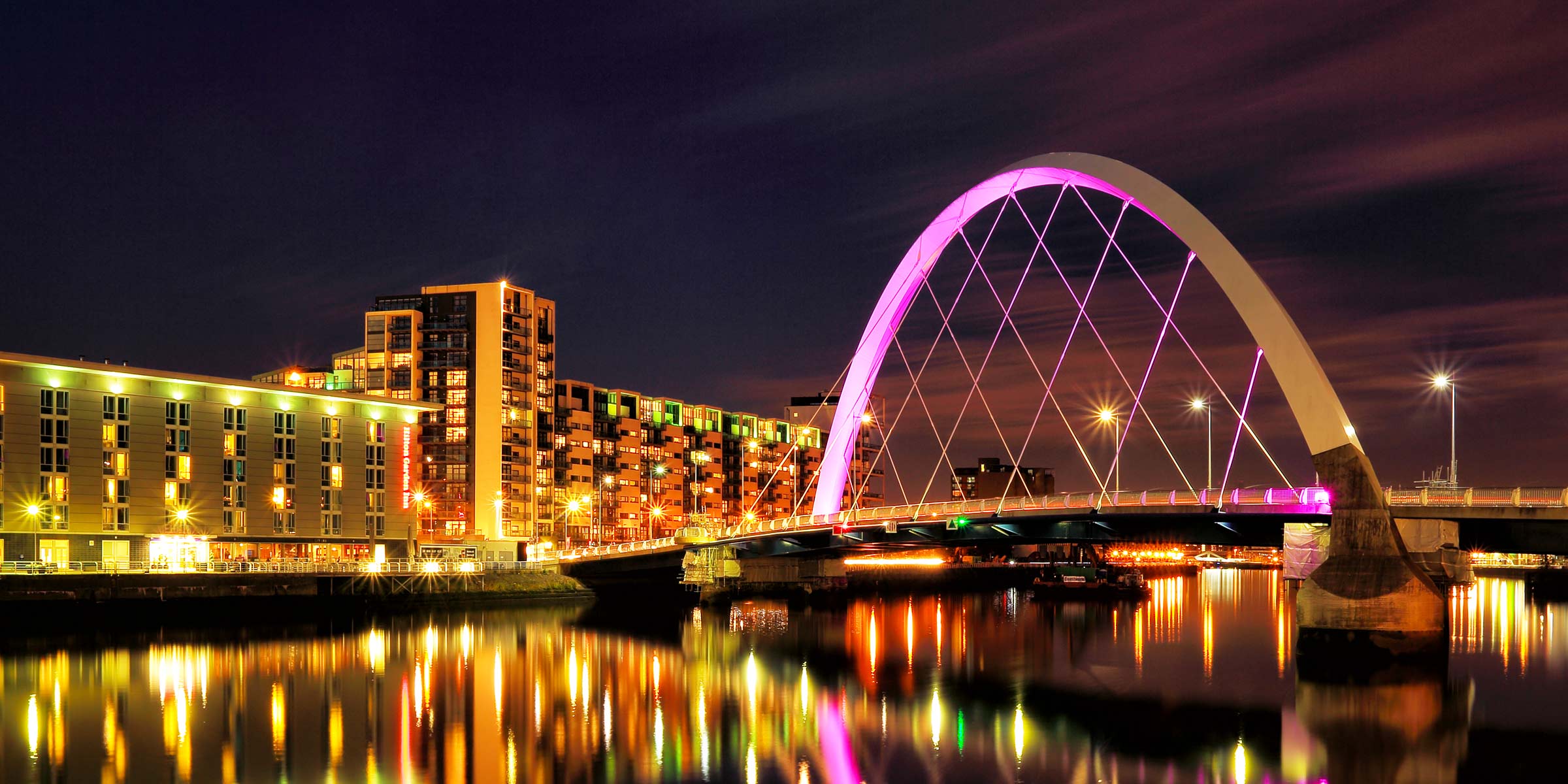 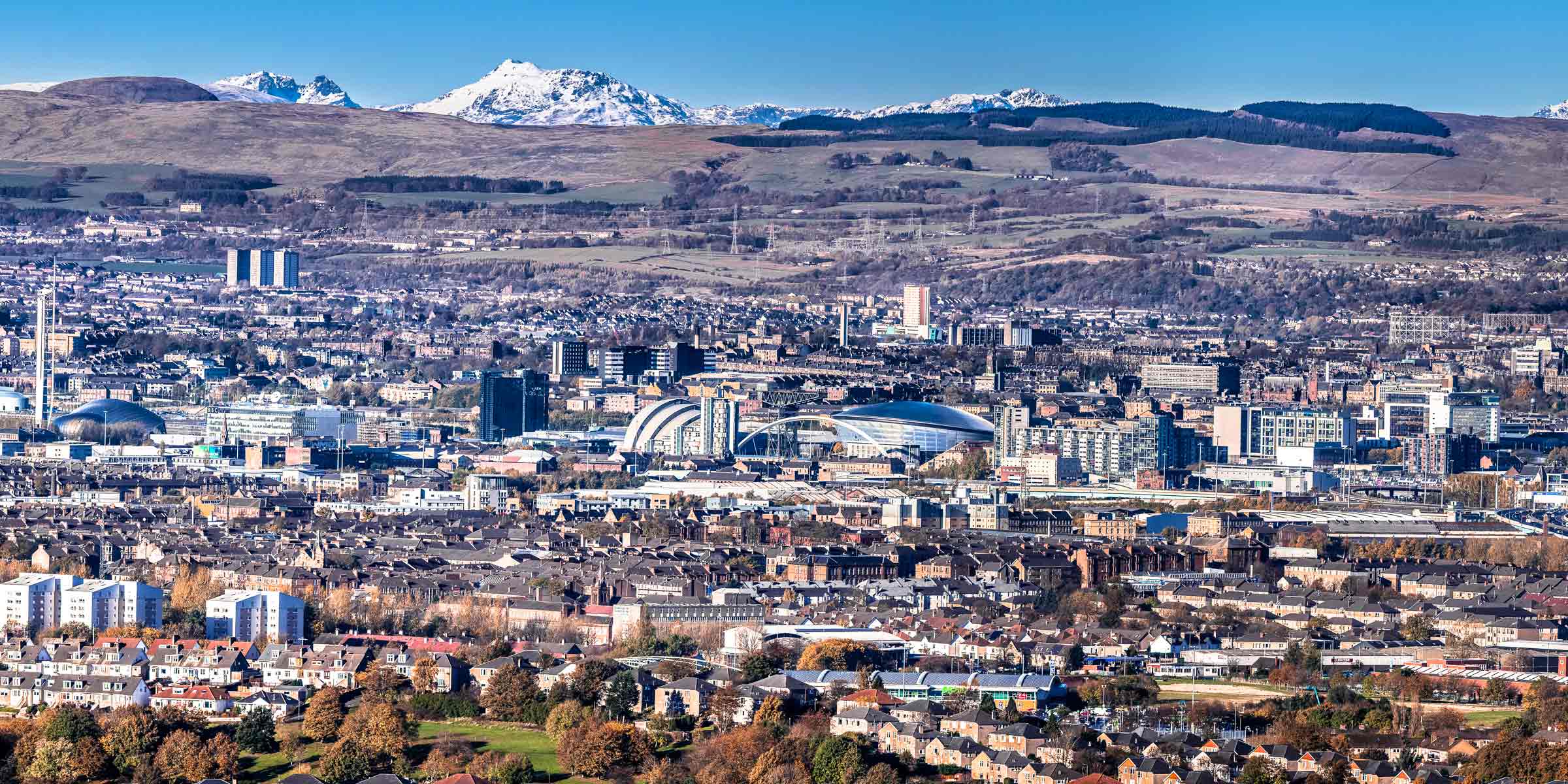 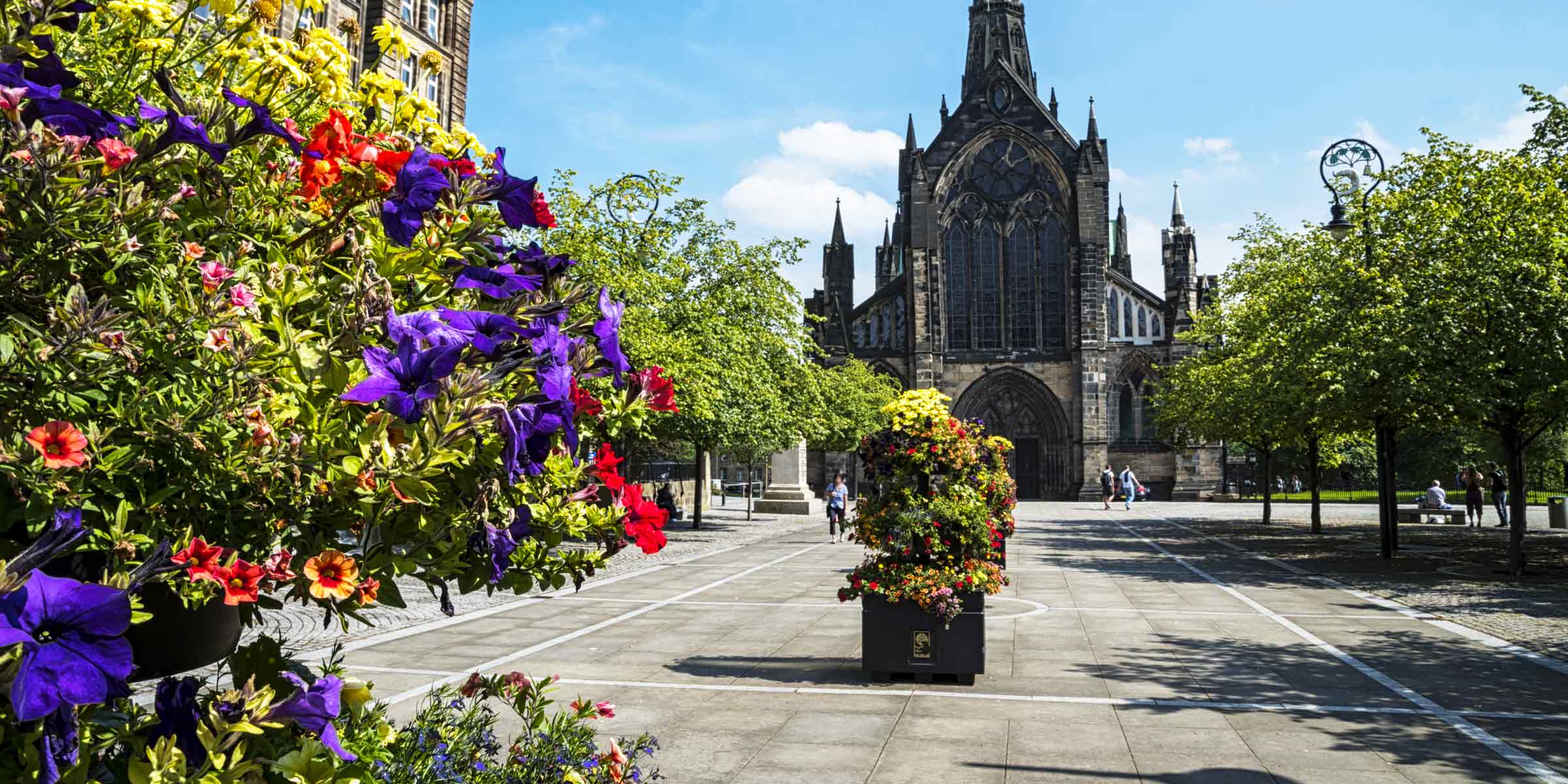 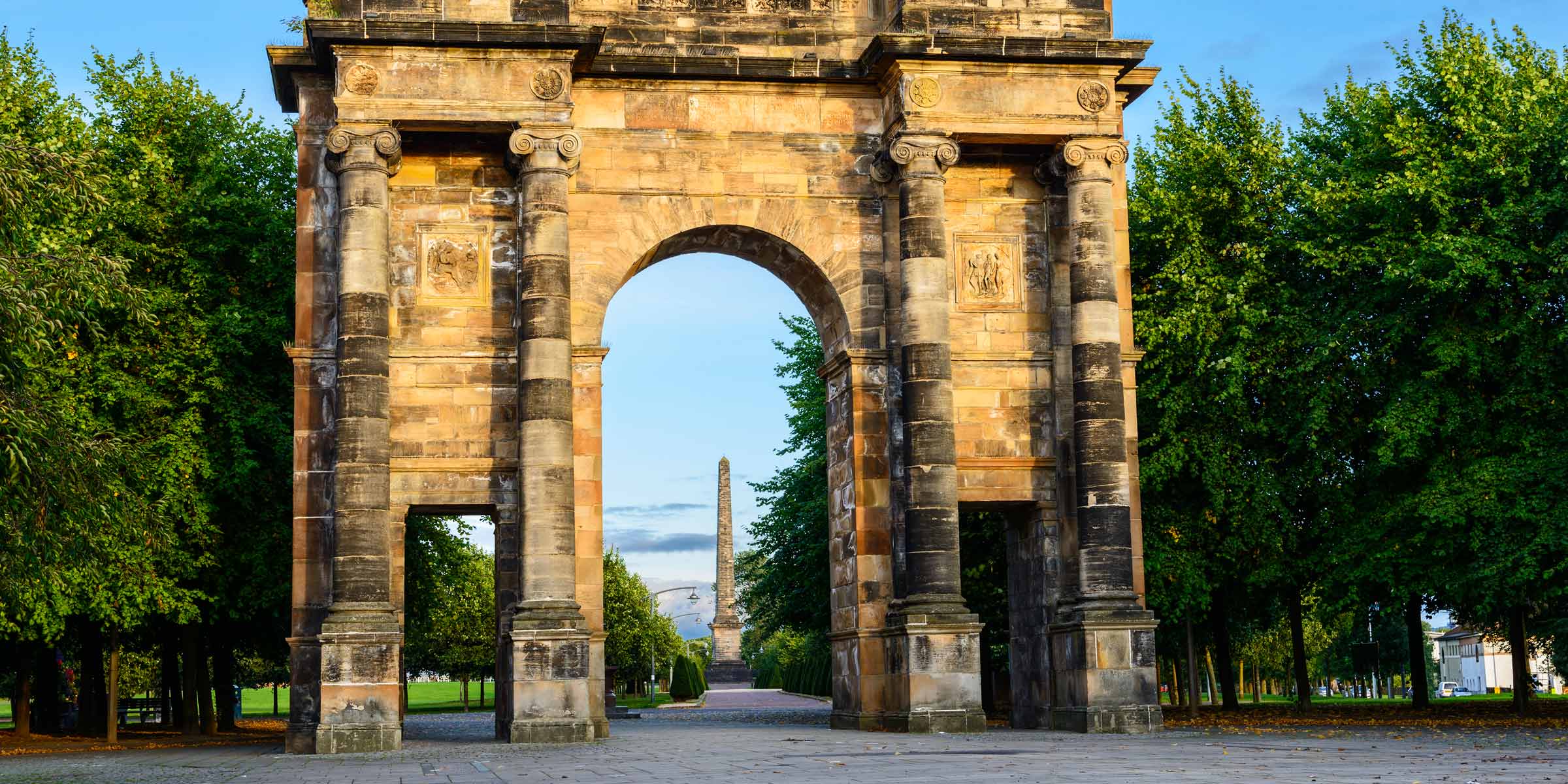 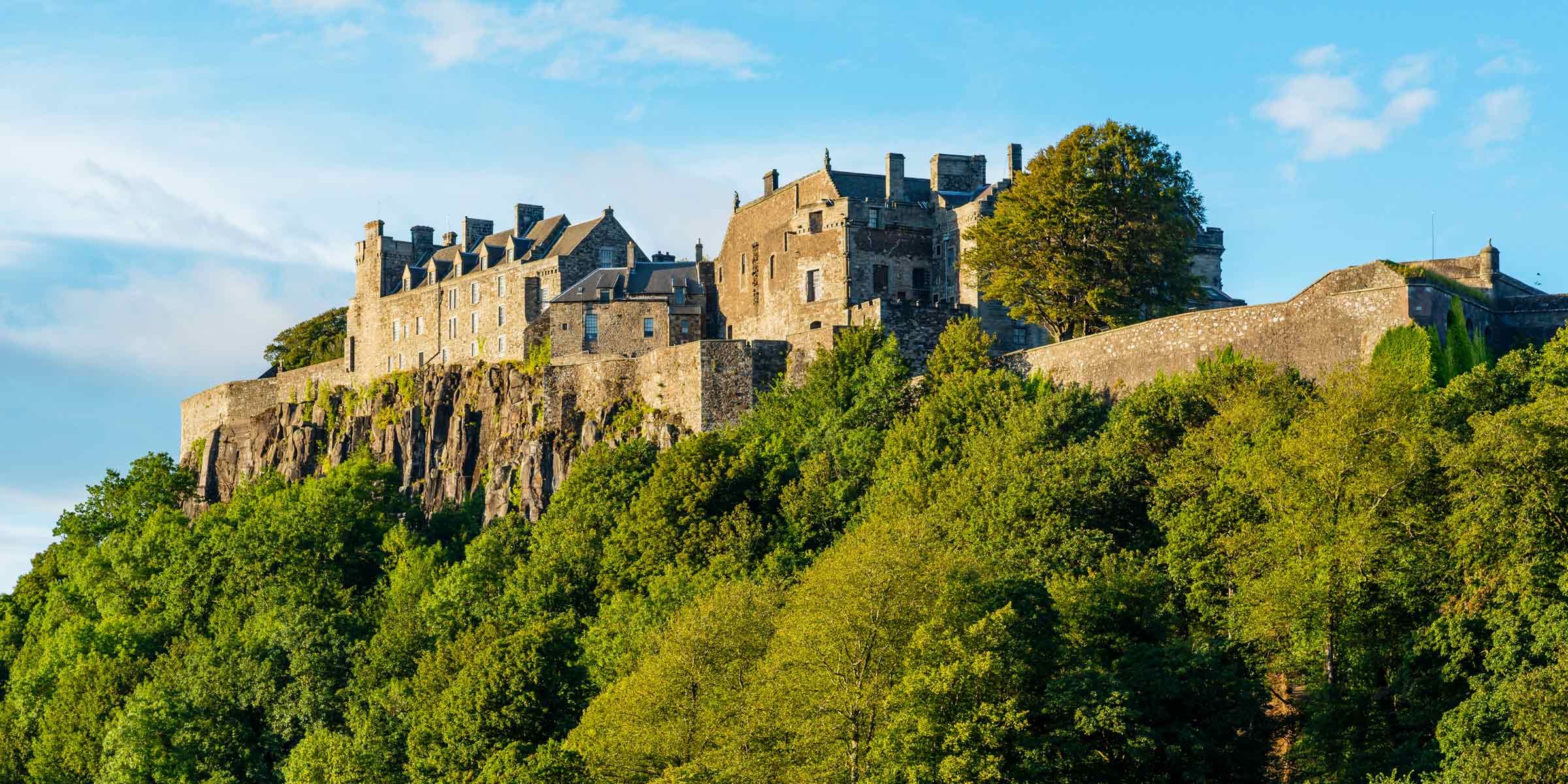 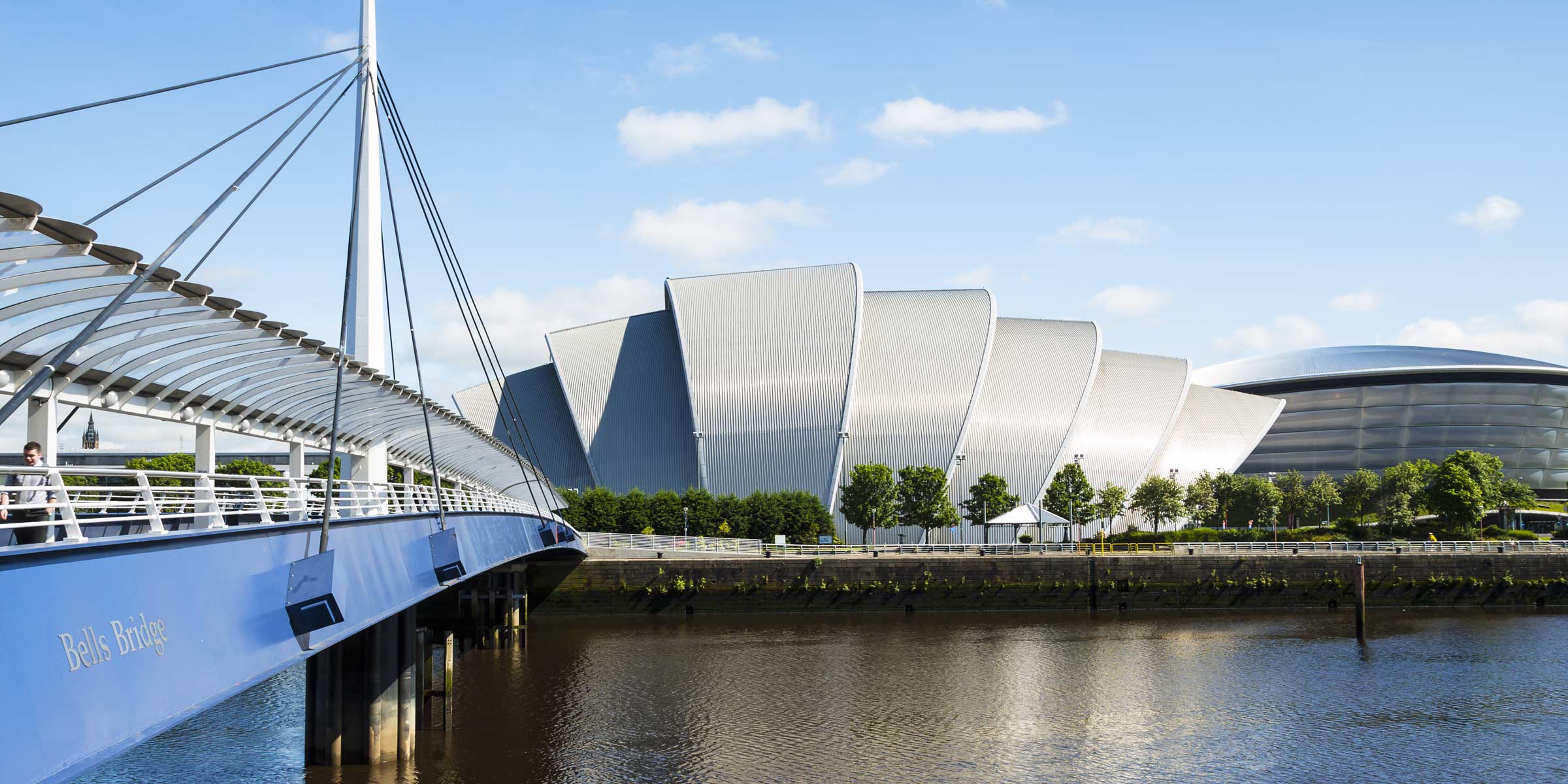 Glasgow has the largest urban rail network outside London, as well as many bus services, which make commuting and getting around on public transport very easy.

The M8 motorway passes through the City Centre and connects three further major motorways to Glasgow. It crosses the River Clyde on the Kingston Bridge, which is known as the busiest bridge in Europe.

Trains into Glasgow Central Station come direct from London Euston, and the station connects Scotland easily and quickly to the rest of the UK.

Buchanan Bus Station is a terminus for both local and long-distance services in Glasgow.

There are three international airports within 45 minutes of the City Centre; Glasgow, Glasgow Prestwich and Edinburgh International, as well as several smaller private airports, all of which can easily be accessed by public transport.

Glasgow is a cultured and eclectic city, with friendly residents, enthusiastic football fans and the best shopping in Scotland. It's a brilliant place to live, work, study and do business.